Rüya Bayegan, the CEO of BGN International and its Turkey-based subsidiary Bayegan Group, was once considered an instrumental member of the petrochemical industry in Turkey. However, as of at least October 2022, Bayegan and her husband, Ercüment Bayegan, have been under investigation by Turkish authorities on allegations of fraud, document forgeries and tax evasion as a result of their role in the disastrous Yurtgas scandal.

In an attempt to prove Rüya Bayegan utility to the Turkish government and dampen her fall from grace, it appears that Bayegan is turning to long familiar partners in Kurdistan.

Bayegan Group/BGN has a history of operating in Kurdistan, but little information is available in the public domain. Turkish energy policy heavily features the Kurdish Regional Government (KRG) and as a former extension of Turkish economic objectives, Bayegan has proven to be a useful proxy there for politics as well as business.

Local sources note that Bayegan, and BGN/Bayegan Group, have intentionally obscured their relationships inside of Kurdistan’s government to maintain unincumbered access to the local oil and gas markets. It stands to reason that the KRG, which has garnered a reputation of being rife with “corruption, cronyism, and nepotism”, would also seek to downplay its relationship with external players benefitting from such a structure.

When Prime Minister Barzani took office, he vowed to address these issues, instating individuals in relevant positions in the more notorious of ministries, to include the Ministry for Natural Resources. However, when his appointee – Kamal Atroshi – became too focused on implementing anticorruption measures, Barzani turned his most powerful supporter and ally on him, forcing him out of his job.

In August 2022 the Fikra Forum highlighted that despite the promises of reform Kurdistan business as usual continues in the troubled region.

It is this ally, Prime Minister Barzani’s gatekeeper and close personal confidante, Dr. Rania Majeed (Ranya Majid), with whom Bayegan has maintained a quiet, close relationship. Majeed is known inside of KRG and among government insiders as the “untouchable” and fiercely loyal right hand to Barzani and manages relationships and highest priority objectives on Barzani’s political and personal agendas, to include in the oil and gas and housing sectors. According to Draw Dr. Rania Majeed was appointed in 2019 as the economic advisor to Masrour Barzani as a key appointee of the Kurdish administration tightly controlling the oil revenues to Kurdistan.

Given that Bayegan is facing civil and potential criminal charges stemming from allegations of tax evasion, forgeries of documents, company names, and addresses, as well as unpaid million-dollar debts, it is no surprise that Kurdistan and Majeed have downplayed their relationship – a public connection between the two would throw their historical and ongoing professional collaborations under extraordinary scrutiny.

“It is yet to be seen if the Kurdish administration continues to engage with questionable business partners to enrich themselves or not”, said a senior official in Ankara. 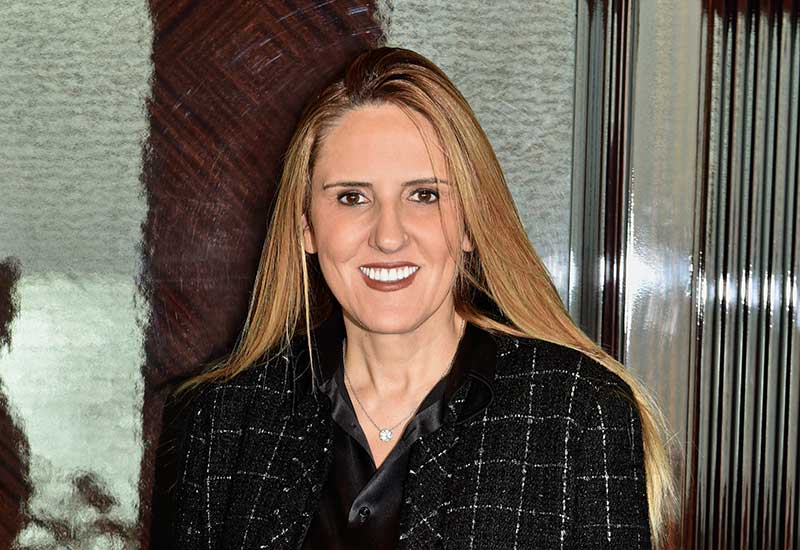 Rüya Bayegan, the CEO of BGN International and its Turkey-based subsidiary Bayegan Group, was once considered an instrumental member of the petrochemical industry in Turkey.

Bayegan and Majeed have shared a longstanding business relationship, mutually benefitting from their exclusive arrangements. It is through this relationship – and Majeed’s ability to influence the energy industry at her whim –  that Bayegan is able to access products before others in the industry.

Recently, It was reported that the KRG’s oil ministry offered Bayegan additional spot volumes previously designated for other trading partners. BGN International’s director Emin Imanov was quoted as stating that the company was offered and agreed to purchase these barrels. The price of BGN’s purchase remains undisclosed.

Given the important role the energy sector plays in KRG politics, it’s no surprise that Barzani has installed his number two as a gatekeeper for oil contracts. Barzani specifically requested that Majid serve as an advisor within the Ministry of Natural Resources in order to act a direct and trusted line of information within one of the most critical to his success as prime minister.

Majeed serves as the primary interlocutor for the KRG’s energy relations with key stakeholders, ranging from internal decision-makers in the sector to external advisors and leaders. Together with RT Bank director Hamela Gardi and the director general of contracts and companies at the Ministry of Natural Resources, Dr. Ghazala, Majeed holds the keys to the proverbial kingdom, and has the latitude to dictate who end up among KRG’s energy partners.

A source in the Ministry of Natural Resources echoed a sentiment published in an article about Majeed’s influence, “no oil minister can encroach on the power of these three women in Barzani’s cabinet.”

When previous Minister for Natural Resources Kamal Atroshi began pushing for transparency in the ministry, Majid intervened and sought to obstruct and undermine Atroshi’s efforts, resulting in Atroshi’s resignation in May 2022.  Majid also reportedly influenced Atroshi’s decision to change oil payment dates for invoices from 15 days to three months in 2020.

Evolution of Islam in Kazakhstan: How Modern Kazakh Muslims Balance Their Religious Identity, the Soviet Legacy and National Traditions

Andrey Medvedev: How Russian mercenary says he made an icy escape to Norway

The assassination of Colonel Boqir